Side Effects Of Eating Too Much Of Canned Foods

It has been said that fruits and vegetables offer more nutritional value if they’re fresh as compared to being canned. However, there is no real difference seen in the nutritional value of the food itself just because you changed its packaging. The difference though, comes in what is added to preserve or even increase the food’s flavor. One example is comparing canned peaches to fresh ones. The peach itself has not changed in either way, however, canned peaches often come in sugar-heavy syrup. On the other hand, with vegetables, the presence of excess sodium is what is added to preserve the food.

There are some certain ingredients many canned foods have in them to increase their shelf life which could have negative effects on a person’s health. These mostly come in the form of excessive sodium and preservatives, which have far-reaching effects on the human body. Too much sodium in one’s diet can have such adverse effects as high blood pressure, heart disease, and even an increased risk for a stroke. Besides these, excessive sodium can also cause calcium loss, such as osteoporosis, with calcium being taken from the bone itself. Other side effects include stomach cancer, kidney disease, kidney stones, enlarged heart muscles, and even experiencing more headaches. Too much sodium in the body could even affect the body’s water retention mechanism causing swelling in certain body parts. With such an extensive list of negative effects, it is no wonder everyone should keep their sodium intake in check!

There was also an issue wherein some canned goods were found to be tainted with a chemical, Bisphenol A, or BPA. This chemical has been used to make plastics and resins since the 1960s and can be found in polycarbonate plastics and packaging. These are the types often used as containers to store food and beverages, such as water bottles. In fact, until now, around 10 to 20% of canned foods still have linings with trace amounts of BPA, and this could be dangerous if ingested regularly. This chemical has been found to be a cause for an increase in blood pressure and could even pose as a carcinogen or a cancer risk. Moreover, BPA could cause birth defects, and has been linked to breast cancer, prostate cancer, diabetes, and even obesity. The list of potentially damaging effects of BPA goes on, and all of them are sicknesses no one would ever want to catch in their lives. Whenever you purchase canned or packaged goods, make sure that the packaging and containers are all BPA-free.

Canned goods, in general, aren’t that bad for your health if taken in moderation. This is the key technique in making sure that the possibly dangerous effects of eating too many canned goods don’t do you any harm. With regards to nutritional value, most of the vitamins and nutrients found in canned goods are almost the same as if you’ve eaten these foods fresh. The main difference though would be the preservatives added to canned goods in order to increase their shelf life and longevity. These include sodium and other preservatives which have been known to cause issues with the human body if taken in excessive amounts. 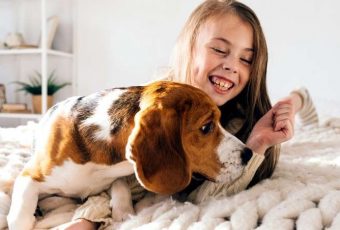 How Importance to Build a Strong Bond with Your Pet

Pets always have a special in our hearts. These furry, lovable animals always have a knack for making us fall in love with them almost instantaneously…. 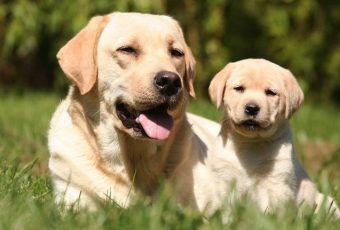 How to Train Your Dog to Get Along with Other Dogs

Technically speaking, dogs are sociable beings. They enjoy the company of others but this doesn’t mean that they can always be friendly with every dog they…